The stress of a divorce can devastate a family. Emotions and uncertainties about the future are exposed in the light of a failing marriage for parents and children alike. Add to this an inadequate ability to discuss and work through problems, and you have a good picture of Eric Staley’s life before coming to Father to Father for help.

Employed at one of Charleston’s leading manufacturers, Staley had a good job with good wages but a constantly shifting work schedule caused tension at home. It also hindered the amount of time he had to spend with his children. Home life and his relationship with his wife and his role as father all began to slip away, leading to separation and, eventually, divorce. Being physically distanced from his children was difficult for Staley. He knew he had to find a way to better communicate with his ex-wife and rebuild his relationship with his children.

Heading to work one day, he heard a mention of Father to Father, Inc. on the radio. He found out more about the programs offered to help fathers stay connected and engaged in the lives of their children. He attended an orientation session and decided to enroll.

Working one-on-one with staff, Staley identified personal goals and created a plan to achieve them. He started working right away on improving himself and his relationships. The Healthy Relationships curriculum helped him understand that give and take is part of any relationship. In the Parenting/Co-Parenting program, learning different approaches to parenting and that fathers and mothers bring unique contributions to their children’s lives was a tremendous step forward for him. Staley even completed Economic Stability and gained a better understanding of the child support system and how easy it was to have his employer make payroll deductions to make sure payments were accurate and on time for his children.

While his relationship with his ex-wife is still strained, putting his new parenting skills to work has made communication easier and, most importantly, he is able to spend more quality time with his children.

Staley has recently remarried and his former wife has begun a new relationship, but they are now able to agree that the most important relationship is the one they share with their children. 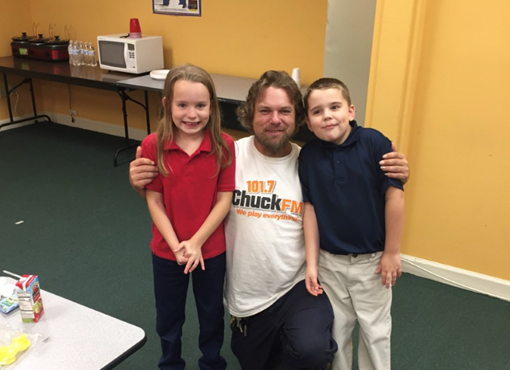